The MRS™STAR concept is a true drilling optimization solution delivering multiple tool solutions in a single tool. It's features include acting as any of or a combination of all of the following tools:

Geopro provides the industry with high performance downhole drilling motors with elastomeric power sections. These motors have been specifically designed for superior performance, longevity and durability. GeoFLEX motors can be deployed in water base mud or oil base mud systems. 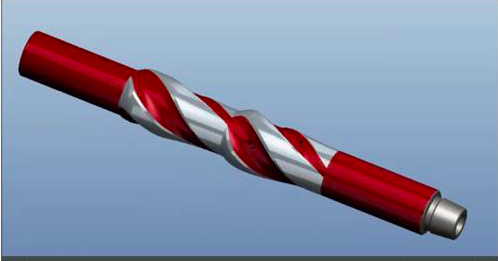 The STEALTH Drilling Reamer is a mechanical reamer with interchangeable blades. Blades can be configured for soft-to-hard drilling, with reinforced hard facing, enhanced cutting structure or active gage cutters. The block cutters can be configured with offset ability to mimic bicentre extrusions, thereby acting as under-reamers.

The SDR (STEALTH Drilling Reamer) is so named due to the reduced foot print in the borehole whilst still providing increased flow-by-area, torque reduction, active cutters, reduced frictional losses due to small contact area and torque reduction features.